After 16 years on Banyule Council representing the community of Griffin Ward, serving two terms as mayor and four terms as deputy mayor I have no regrets.

In this election I was the winner on primary votes, but I was unable to withstand the ‘dirt machine’ that ran against me. I wish to thank my family and many Griffin Ward friends and supporters who again supported me with letter boxing and standing out on wet and rainy booths on election day.

I commenced my first term as a Councillor in 2000 and I’ve cherished the opportunity to make a difference in our area. Some of my favourites have been:

I’m looking forward to seeing my projects in development come to fruition including:

I promise to remain your community advocate in Banyule to give a voice to you when others won’t listen. I will remain a strong voice for you:

Thank you for your support over 16 years. 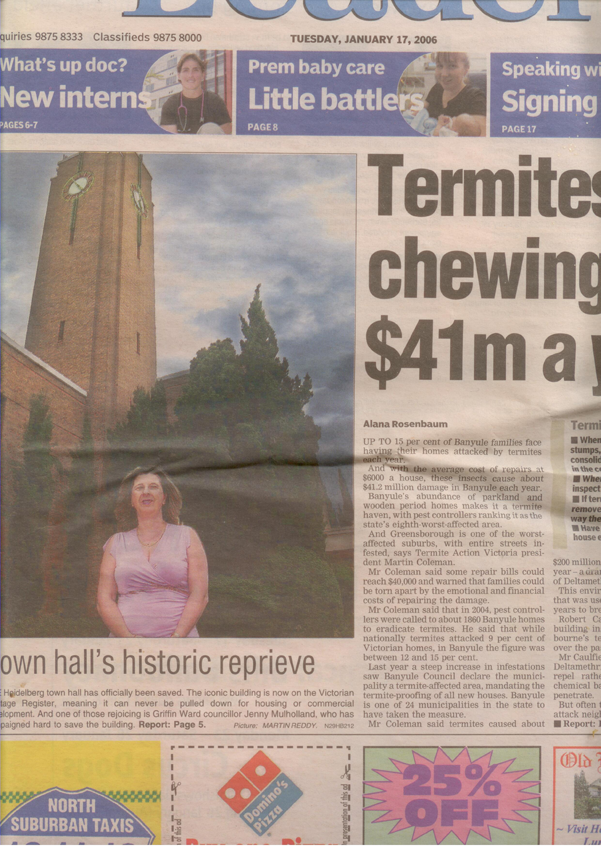