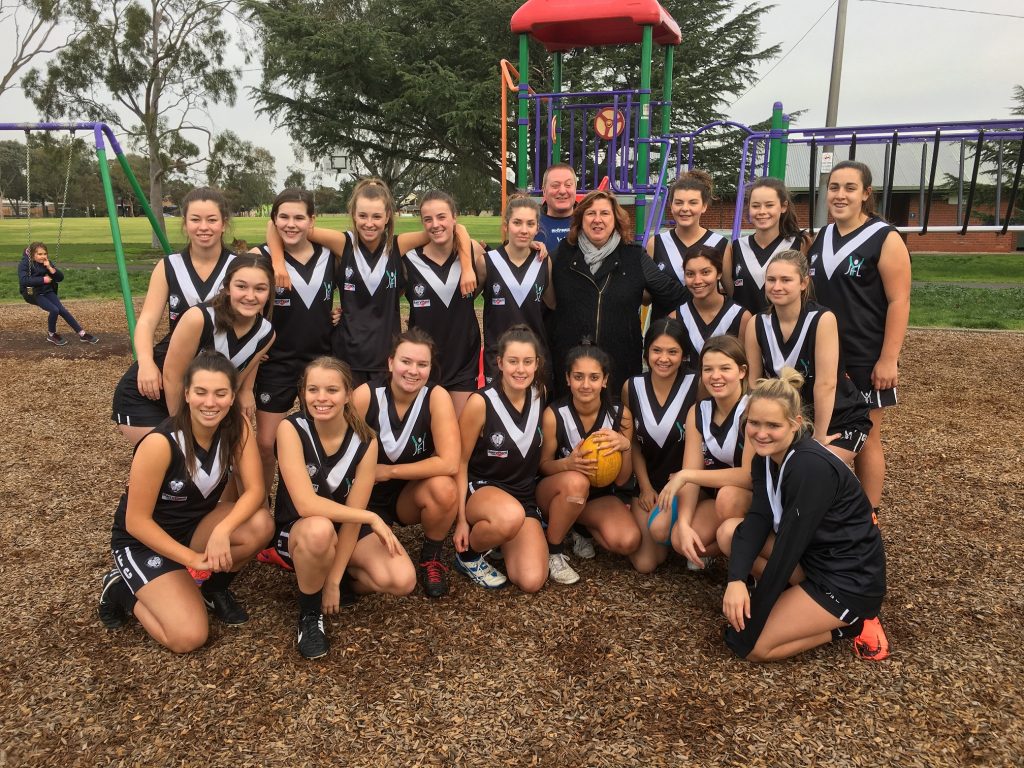 “Jenny Mulholland is actively encouraging the youth in our area to get involved in community sport. The Ivanhoe Junior Football Club is proud to have Jenny as the patron of our girl’s teams. Without the support of Jenny Mulholland our 400 young boys and girls who play football at Ivanhoe Park every week in winter, the senior football teams and over 150 cricket players over summer would not have a new $1.7 million pavilion, which includes female friendly change rooms, unisex toilets, umpire rooms, a large social room as well as an improved canteen area.” 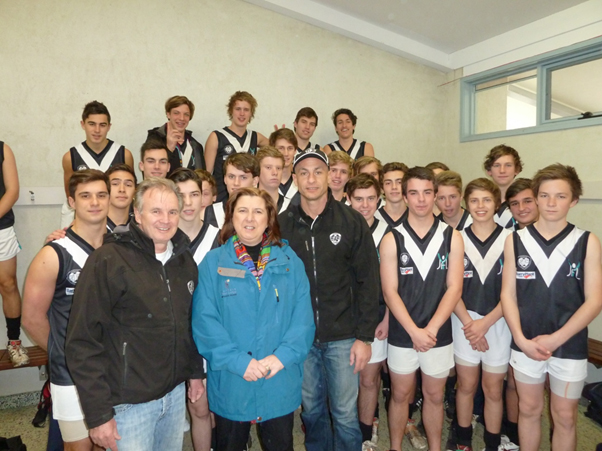 Cr. Jenny Mulholland with President Steve Griffith, coach and players of Under 17’s prior to their preliminary final. 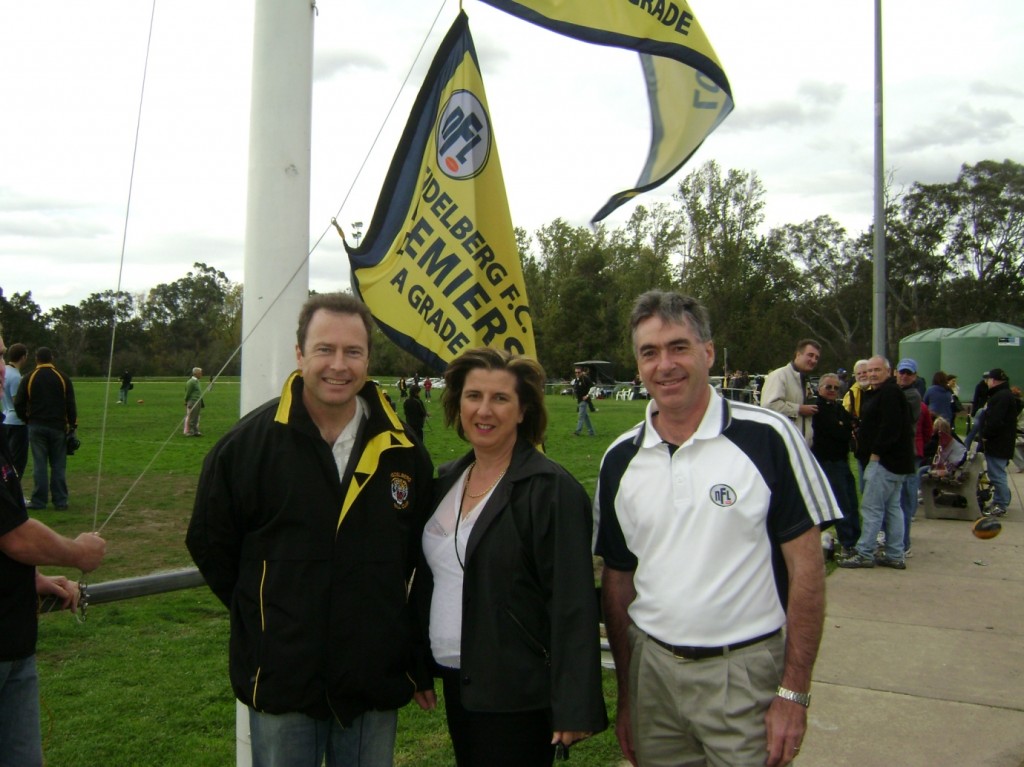 Jenny at the unfurling premiership flag for Heidelberg Football Club

“Jenny has repeatedly shown her support for the sports clubs in her ward and recognises their importance.  The Heidelberg Football Club is proud to have Jenny as a prominent member and we contribute our success to people like Jenny who continue to support and champion our cause.” 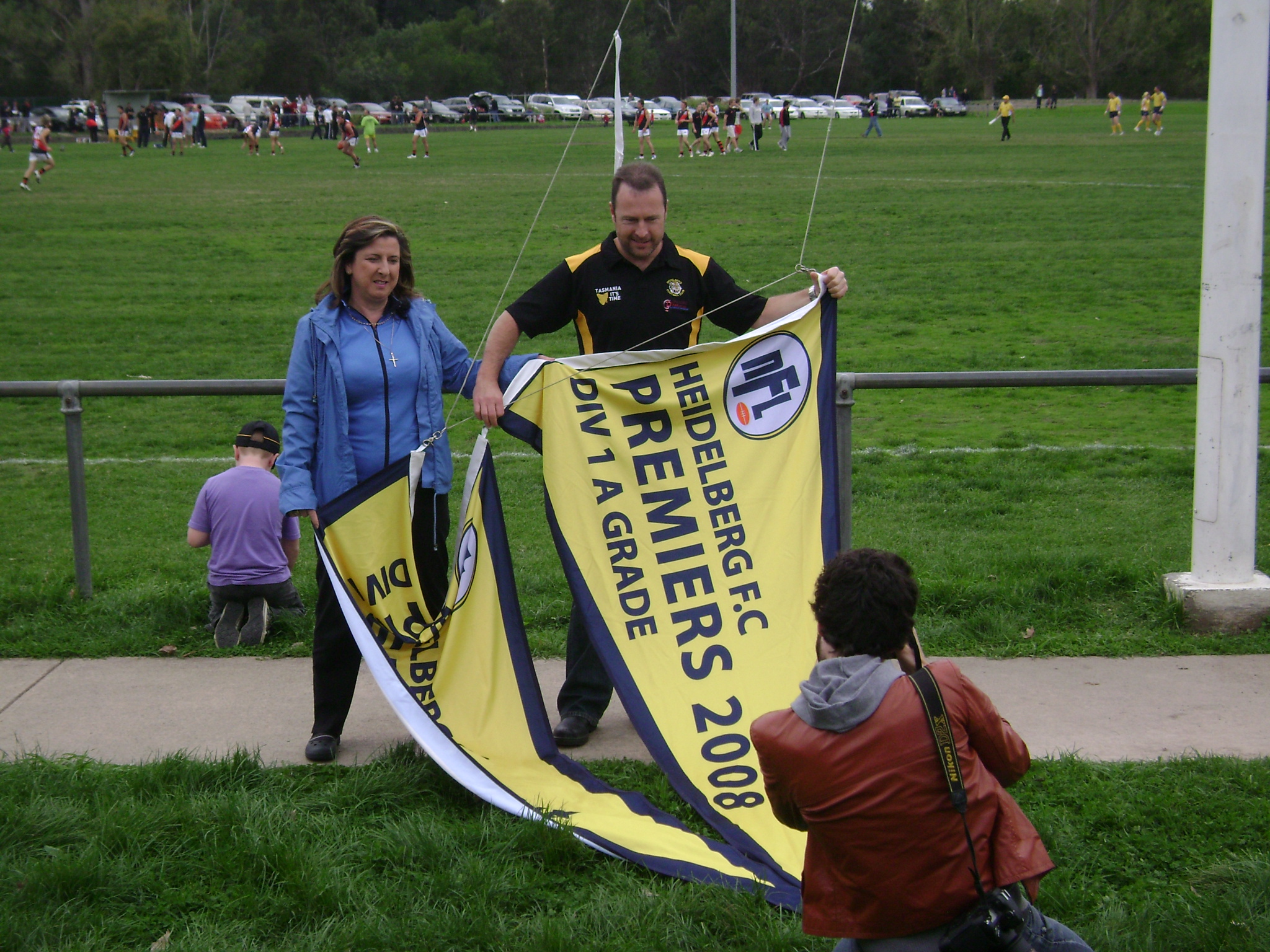