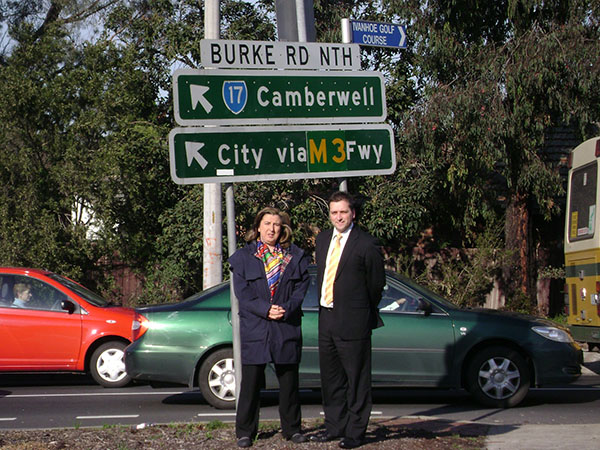 In 2008/2009 she joined locals to mount a successful campaign to have pedestrian lights installed at busy Burke Rd North near Lower Heidelberg Rd, an issue that hadn’t been achieved in almost 40 years of lobbying by successive Councils.

The lobbying included a personally paid advertisement in the Herald Sun, which embarrassed the then State Government into funding the project prior to the 2010 State election.

As a result children are now able to safely cross Burke Rd North to go to East Ivanhoe schools and the local shopping centre.